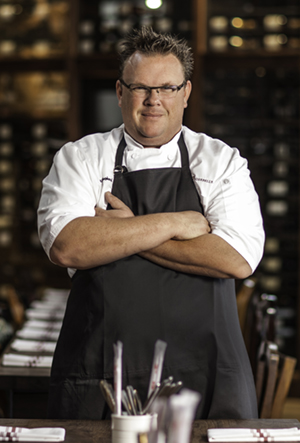 Midwest-raised, James Beard Award-winning Chef Chris Shepherd opened Underbelly, featuring locally-sourced food inspired by the ethnic diversity of Houston, in March 2012. The Art Institute-alum and former Executive Sous Chef-turned-Sommelier of Brennan’s brings his farm-to-table passion to fruition at Underbelly, which sources ingredients from the Gulf Coast, surrounding farms and ranches. The in-house butcher shop, which only uses whole animal, supports Shepherd’s passion for butchering and charcuterie. The 2014 James Beard award winner for Best Chef: Southwest was also named one of the Top 10 Best New Chefs in America by Food & Wine. Underbelly was named to the National Eater 38 (one of 38 essential restaurants in America) in 2015 and as one of the best new restaurants in the country by Bon Appetit and Esquire in 2014. Chris runs two Underbelly kiosks inside Reliant Stadium, serving up football-friendly dishes during Houston Texans home games.

In his free time, Chris cheers on his beloved Houston Texans, seeks out hard-to-find bottles for his ever-growing bourbon collection, and explores the city for new restaurants.