The Blurred Lines Between Wine and Beer in Napa

Whether real or not, I’ve previously felt that there has been an unspoken divide between wine and beer. Like bitter enemies pitted against each other, beer advocates have always condemned wine as being “snobbish,” while wine connoisseurs have disparaged beer as being a drink for blue-collared heathens. However, the reality is that nothing could be further from the truth…especially in recent times.

Even though the wine industry cemented its grasp on the Napa landscape long ago, an old saying among winemakers is “it takes a lot of great beer to make good wine.” Despite the notoriety of wine in Napa, there is enough room in this region to have both wine and beer share a peaceful existence together. I personally love wine, as working at a winery would probably attest, but I also don’t like to pigeonhole myself. I enjoy a good beer when the mood strikes. In fact, most people in the Millennial generation, like me, are more apt to cross boundaries between the realms of wine, spirits and beer rather than stick to just one particular drink.

Due to this renaissance in culture and consumerism, Napa Valley has started undergoing somewhat of a change. Although still dominated by wine, a smattering of venues are emerging with the beer-centric enthusiast in mind. For those coming here who are looking to be multi-dimensional with their drinking exploits, or perhaps just want a sudsy break from all wine, here is a list of places that need to be on your radar*:

The epitome of what a marriage between beer and wine should be, as the brewmaster is also a winemaker (or vise versa). Mad Fritz is quickly becoming a cult icon in the beer world for their high-end production and ingenuity. The wine theme is apparent through the brewing process, but the beers are distinct and delicious in their own right. Do not pass this place up if you can help it, but be aware that visits are only made by appointment.

A new, popular hangout for locals and tourists alike, Hop Creek is a bustling little beer bar away from the downtown hustle. While they make a handful of their own refreshing beers, they offer a variety of other renowned suds from Northern California and beyond. If the weather is right, be sure to sit in their outdoor patio and hop garden that straddles a peaceful creek where wildlife abounds.

Located in the Oxbow Market just a hop (pun intended) from downtown Napa, this is an extension of the main Fieldwork brewery in Berkeley, CA. Fieldwork has become immensely popular since their founding just a few short years ago. Known for awesomely unique beers and constantly rotating taps, there is truly something for every beer drinker.

Also relatively new to the revitalized downtown Napa scene, Cadet is a hipster’s haven for beer and wine…but also appeals to a broad range of drinkers. Their ever-changing list of beers and wine spans the globe and the large collection of playable vinyl records definitely makes this one of the cooler places in town.

Palisades Saloon has established itself as one of the most frequented places in Napa…mostly for beer, but for wine and spirits as well. Down to earth and inviting, it is a fantastic downtown joint and the perfect place to grab a brew from one of their many taps, eat some delicious grub and watch the game (or socialize with a group of friends).

As of this writing, Tannery Bend is the newest establishment to hit the Napa beer circuit. Situated in an up and coming area of south Napa, Tannery is a stylish, intimately-spaced brewery complete with cornhole boards that adorn the walls and hang like artwork. It is definitely a hidden gem, and not to mention, the beer is awesome, too!

With these venues firmly in place, and more like-minded establishments on the horizon, Napa will soon be known as a place to not only fetch a fancy Cab…but a freshly brewed cold one as well. 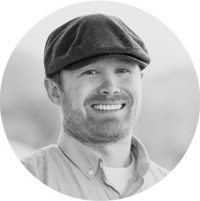 Chief Hat Wearer (literally), Resident Hunky Ginger and Wine Club Coordinator at Miner Family Winery, I like to surround myself with good friends and great times.  I feel that wine plays a big part in that.  My goal is to provide unpretentious insight on wine culture from a guy’s perspective, as well as the Napa Valley in general.  I also love baseball and dogs.