As the exclusive wine sponsor of BottleRock Napa Valley for two years now, we at Miner can’t wait for what’s up next. BottleRock 2014 was amazing; an eclectic musical lineup and delicious food and wine, but the people we meet always top the list.

This year we had the extreme pleasure of getting to know some folks that had more than a love of food, wine & music in common with us! Miner (the band) is a folk-rock family band from Southern California that was slated to play BottleRock Napa Valley 2014. When Dave heard they were playing, and on the Miner Family Winery stage, he simply had to meet them.

So, as in show biz, their people called our people and we were set up on a “blind date” at the winery. Not to brag, but we scored! The band, their management, everyone, were just lovely human beings. We talked, we laughed, we drank wine.

As an extra special treat, Miner performed in our VIP tent during the festival. These folks are solid and completely rock! So the next time you pull a cork on a bottle of Miner, go ahead and pair it with some Miner tunes, as well! 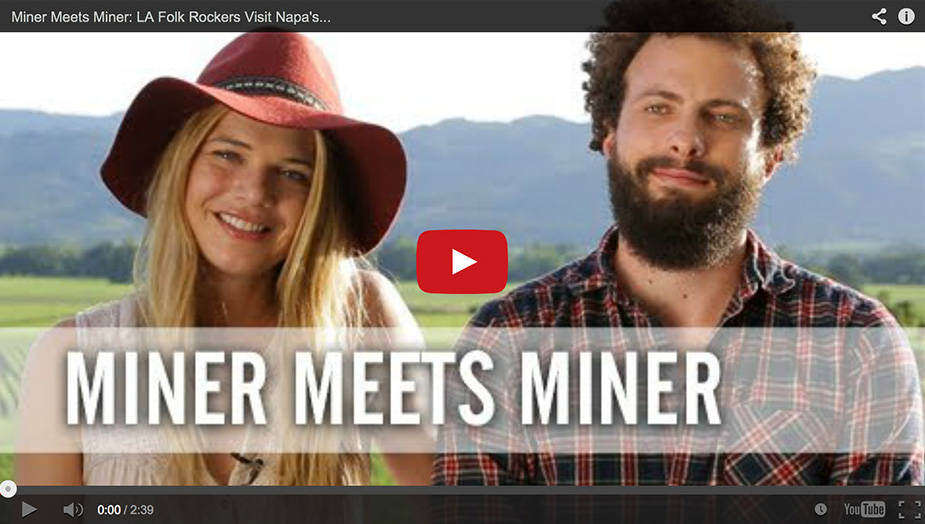